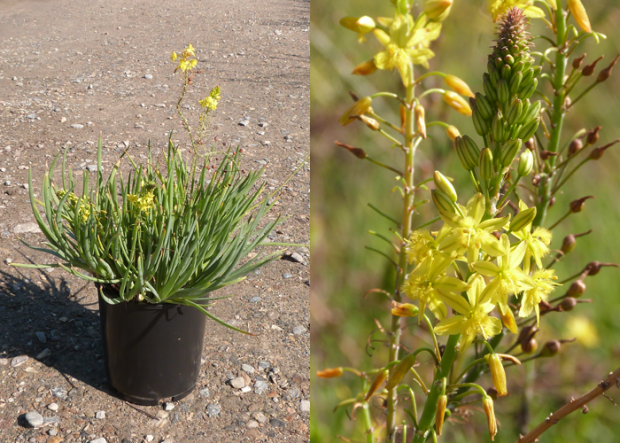 Summer is on and half the year is behind us. These past 6 months have been quite a run. We have heard that 2014 sales for some of our customers have surpassed sales from 2007. That is no easy feat as 2007 was the best year for many nurseries/garden centers. Consider kudos given to the ones who rode it all out with a level head.

Now that summer is upon us, sales have likely begun to slow down and many of you will be heading out on your annual summer vacation. Traditionally, most people use up their well-deserved vacation time in the summer and retreat to some foreign destination. While advertisers promote summer getaways of all shapes and sizes there will be just as many people choosing to stay home and enjoy their outdoor living spaces, host summer BBQs and make home improvements. In fact, throughout the recession a great many embraced the well-phrased “Staycation” due to the rising costs of… just about everything.

Social gatherings are widespread in the summer for a number of reasons. The kids are out of school, there are more hours of light in the day and the warm days and nights encourage summer pool parties and BBQs.

An interesting tidbit… in 2013, beer sales topped $11 billion in the 15 weeks between Memorial Day and Labor Day. They attribute this staggering sales figure to the increase in social gatherings and the rise in temperatures. Anytime one hosts a social event you can be sure there will be some improvements made to their home, indoors or out. It is important to keep your garden center well stocked throughout the summer. Bulbine frutescens Yellow – Native to South Africa and is similar to Iceplant with its fleshy, succulent green leaves. It is useful as a bank or ground cover and works well in rock gardens. It forms a clump about 1 ft. high and 2-3 ft. wide and is cold hardy to Zone 8. Its long bloom season make it particularly useful in containers… yellow flowers from spring until fall. Cotoneaster dammeri – fast growing evergreen groundcover well suited to sun or even partial shade. Long horizontal branches sport small, glossy green leaves adorned with tiny white flowers in spring and followed by small red berries around fall or winter. A great candidate for slopes as it needs practically no maintenance and helps with control erosion. Little to moderate water once established and cold hardy to Zone 5. Elaeagnus x ebbingei – evergreen shrub highly valued for its striking silver foliage and rapid growth rate. Widely used for screens or hedges but can also be used for espaliers. Tolerant of heat and wind. Little to moderate water once established. Cold hardy to Zone 7. Liriope gigantea ‘Glauca’ – Lily turf. Forms a clump of evergreen grass-like leaves accompanied by purple flower spikes in the summer. A staple in southern landscapes, most commonly used as a groundcover under trees due to their ability to compete with tree roots. Needs full shade in hot desert climates but along the coast here in California it can handle full sun. Turns yellow if overwatered, good drainage is a must. Cold hardy to Zone 5 but is very slow to recover. Malephora lutea – Perennials. One of the many iceplants used in the southwest. This South African native has a particularly long bloom season however… the yellow daisy like flowers bloom on and off for most of the year. Little to no water once established but does need extra irrigation throughout the summer. Can handle temperatures down to the mid teens. Nerium oleander White – Oleander. Evergreen Shrub. One of the basic shrubs for desert and hot interior valleys. Moderate to fast growth; most varieties reach a maximum height of 8 – 12 ft. and as wide. Ordinary broad and bulky, but easily trained into a handsome into a handsome single or many stemmed tree resembling and olive tree. Narrow leaves, dark green, leathery and glossy. 4 – 12 in. long, attractive all seasons. Pennisetum setaceum ‘Eaton Canyon’ – Fountain Grass. Perennial grass. here is a plant that does not get the recognition it deserves. One of the big issues most people have with Red Fountain Grass is that it gets too tall and flops over… yet it sells so well. ‘Eaton Canyon’ aka ‘Red Riding Hood’ is a dwarf so it tops out at only 2 ft. thus eliminating the possibility for flopping. Same care and same hardiness as the taller ‘Rubrum’ variety. Photinia x fraseri – Anyone familiar with T-Y Nursery knows that this is one of our key crops. I think most people in the industry are familiar with this item so there is no need to go on about how big it gets and cold hardiness etc. What is important for you all to know is that our 5 and 15g crops are very nice… full plants with good body. These are on practically every semi that leaves the yard… a good filler for sure. Punica granatum ‘Nana’ – dwarf ornamental Pomegranate. Growing to a mere 3 ft. tall, these are widely used for edgings and are also good candidates for bonsai. In mild winter climates then can even be used as a low evergreen hedge. Senecio mandraliscae – This succulent groundcover is commonly referred to as Blue Chalk Sticks, one look at the plant and you can tell why. Grows to 1½ ft. tall and 2 ft. wide, broken stems can take root. A unique groundcover in that it breaks away from the common green tones of traditional groundcover. Prefers partial shade in desert climates, full sun elsewhere. Drought tolerant but can handle regular irrigation. 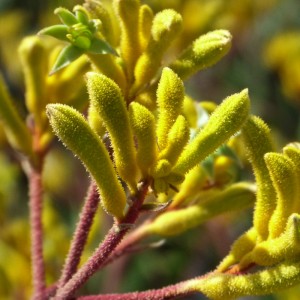